Labor groups wish that the State of the Nation Address (SONA) of President Rodrigo Roa Duterte should address two important issues, which are large-scale unemployment and economic recovery so that we would not experience economic depression. 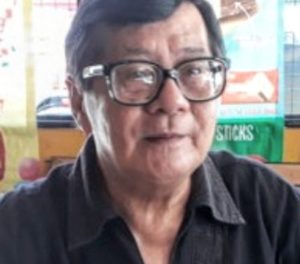 Mere rhetorics could not appease our people to take more hardships nor allow the nation to continue on a road of false hope and unrelieved misery.
With less expectations that PRRD would give importance to our labor agenda, President Duterte should spell out what is the “sad and sorry state of the nation” amid the rampage of COVID 19 and the economic destruction it has inflicted, rather than telling us that everything is under control.

PRRD should address not merely the symptoms but the roots of the economic crisis.

Multiple problems of various magnitudes have compelled us to demand that he should address the plight of thousands of our traditional jeepney drivers who are begging for alms in the streets.
Our locally stranded individuals are like homeless strangers in their own land.

Could the spell-bounding words of PRRD during the SONA heal the pain and misery suffered by millions of jobless Filipinos?
For the workers, it is food on the table, shirt on their backs, and roof over their heads are the crucial issues that were never mentioned in the SONAs’ – usually supplanted by an exageration of economic and political achivements that are merely icing in a cake. PRRD should tell the people how are we going to pay our staggering foreign debts for 7 to 21 years.

With the Onset of the Milling Season: Tatak Kalamay requesting for ‘ease-of-travel’ protocols from Negros LGUs

With the milling season officially opened, Tatak Kalamay is asking all local government units in Negros Occidental, including Bacolod City,…

Mayor Leonardia Thanks NTF for Grant of 2-week Moratorium on LSIs, ROFs Arrivals