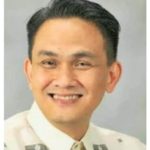 My 2 cents worth of opinion on SONA 2020
There were two main issues I wanted to hear from the President in his State of the Nation Address (SONA) yesterday July 27, 2020.

I would have wanted to hear from the President, what is the government’s concrete and collective plans regarding the current public health crisis or the Covid 19 Pandemic and the looming economic and financial crisis.

In the whole of Southeast Asia Region, we currently have the most number of active Covid 19 cases and increasing. Millions of Filipinos are losing their jobs, employment and livelihood. Thousands of Overseas Filipino Workers (OFWs) are being repatriated back to the country and thousands of businesses are closing down. The country is currently in recession and if it will remain unchecked will result to an economic depression.

The SONA however, and the underlying approaches given by this government thus far, with regards to these crisis are – 1.) Military-centric Approach of Government and 2.) Weaponization of our Laws. The closing
down and purging of the media critical to this government, the passing of the Anti-Terrorism Law, the planned Charter Change, the Death Penalty Bill, among others.

The SONA affected the Philippine financial markets and spook the investors which is an indicator of the business sector’s and investors’ confidence in the country.

To describe in one word the SONA 2020: “SOLILOQUY” which is the act of talking to oneself that he or his “inner bureaucracy or inner circle” could only relate and understand or otherwise stated, “ KUNG HINDI NINYO AKI NAINTINDIHAN SA BINABASA KO MAS LALO AKO.”

The only thing that the President is confident about to talk and discuss is still his “war against drugs” although he became emotional about the issue on “oligarchy” which affected his family but all the rest are prepared speech which the President only simply read up to the last period and comma. He never gave us a “collective and concrete” solution or roadmap to the two main issues and problems.

Mr. President, the people will long remember you for what you did or what you failed to do in this most critical and unprecedented period of your presidency.

Your SONA 2020 for a starter is a mediocricity.

CLASSROOM CLASSICS:Epilogue to an Outbreak

In the final analysis, heads of States and leaders of conglomerates at the forefront of the pandemic will be remembered either fondly or furiously by their constituents and employees or partners…

Not only one but two barangay chairmen in Bacolod City have tested positive for Covid 19. Thirty-one out of 61 barangays in the city have Covid cases.
More than 560 households have been placed under localized lockdown, aside from vital government offices.
More than 500 Bacolodnons have been confirmed to be infected, with 10 of these patients dying from the infection and its complications.

The General Alliance of Workers’ Association (GAWA) remembers Sept. 21, 1972 as “the day that freedom died” when the light…