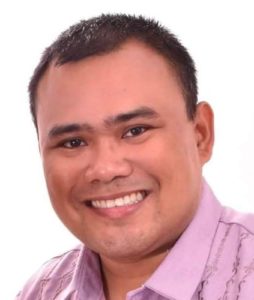 In the final analysis, heads of States and leaders of conglomerates at the forefront of the pandemic will be remembered either fondly or furiously by their constituents and employees or partners.

This is a fitting advance statement amid the COVID-19 pandemic (which has now been reclassified by the World Health Organization to the lower category of outbreak) that still claims lives and still wreaks havoc on what used to be called as the world’s established socio-economic order. It may sound bleak or even binary, but the reality, especially from the standpoint of daily wage earners and those who lost loved ones because of the virus, is that there is no middle ground insofar as leaders’ legacies are concerned. Either they did good, or their constituents and employees or partners found the good in something or in someone else.

And this is one foundational reason why the multi-faceted role of educators has taken a greater level of importance.

For one, leadership is not genetic. The respective alumni of the Development Academy of the Philippines, the Harvard Business School, and the Asian Institute of Management know that too well.

Put differently, if we as a people, are to envision and aim to hone leaders, who will truly look after the common good (as per the standards set by the Constitution, statutes, and conscience) of those who elected or appointed them to power, we have to start with how these future chiefs are educated – whether that be inside the proverbial four walls of the traditional physical classrooms or within the confines of homes, offices or even the streets, which have now become makeshift learning spaces as part of the prevailing reality under the “new normal” that the virus has brought upon society.

Could it be said then that the current world leaders (both heads of States and the prime movers of businesses) were not educated well enough and that is the primary reason why some of them have not adequately addressed the attendant problems of the outbreak in their respective jurisdictions? The obvious answer is, of course, no. No, meaning, none of these leaders will categorically admit that their education was inadequate, and none of them will specifically admit that they fell short of the wide variety of expectations as they tackle the barrage of effects that the outbreak has wrought, from infection rate statistics to economic recession figures.

But why is it that many, if not most, government and business leaders appear to be struggling to reassure their fellow citizens/stakeholders that their respective communities/companies are on track to finally recovering from quarantine restrictions and return to their old definitions of life?

One glimmer of an answer is in the wisdom of the education that these leaders had. It is not enough that the term “quality” is attached to education. That is just a badge of bureaucratic compliance. What is far important to ask is whether the education of these leaders had truly, earnestly, sincerely, and honestly imbued in them the spirit and substance of John Locke’s treatise on the Social Contract (Curtis, 2008). Locke’s theory has usually been seen from the point of view of those who administer, thus perpetuating the rather myopic standard that the governed must succumb to the will of the majority (which authorize those who govern to make decisions) in the hope of living in a generally orderly society. However, if we would take a moment to turn this theory on its head, we would realize that those who govern must likewise constantly reassess themselves for them to see if they indeed deserve the consent given to them by the masses.

What would induce leaders to introspect on the wisdom of their education, amid the everyday challenges of leadership, including those demanded by an on-going outbreak? The deep-seated life lessons that their teachers, mentors, gurus, and counselors have imparted to them. Lessons that, hopefully, would remind them, that true and lasting leadership neither end at the stroke of a pen on a mandatory directive, nor at the official release of photos for dissemination by the press.

And that is the relevance of educators in this health and economic crises. Now, more than ever, teachers, regardless of their personal circumstances, must stay true to the calling that they have immersed themselves into – whether by choice or by fate. Whether through printed self-learning modules, slide decks uploaded or streamed on the internet, or any other method of engagement to fulfill the cycle of the teaching-learning process, teachers have to be teachers.

If that is accomplished, it could be said in the final analysis that educators were among those who led the world’s recovery from this outbreak.*

The General Alliance of Workers’ Association (GAWA) remembers Sept. 21, 1972 as “the day that freedom died” when the light…