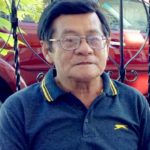 The General Alliance of Workers’ Association (GAWA) remembers Sept. 21, 1972 as “the day that freedom died” when the light of liberty in this bastion of democracy was extinguished with a scary tone of an advanced barker of a conquering army.

It was a time when a nation experienced undeserved suffering, injustice and pain, when the people were deprived of their freedom, democracy was taken away.
We could still recall with shuddering horror the most cruel onslaught when some labor and political activists were dragged forth without warning in the dead of the night and murdered in cold blood.

Martial law was a time when a decaying nation was ruled, with dreadful tyranny imposing upon the oppressed people one of the surest ways to prevent them from escaping their bondage to render them incapable of freedom. The tyrants of martial law had imposed the spirit of intolerance under the tremendous pressure of human fear to perpetuate the continued persecution of dissenters in order to control the conscience of the people.

Let us always remember that freedom is never granted, it is gained by the people in a struggle.

In this difficult and trying times we must restore the hope where there is so much uncertainty and hopelessness. Martial law will repeat itself if we are too apathetic to assert and defend our democratic rights. There are no tyrants where there are no slaves!

As long as we do not have sufficient courage to proclaim our right to life, liberty and pursuit of happiness by upholding freedom of the press and expression and to guarantee it with our blood and sacrifices, and for as long as we keep silent and even join the oppressor in mocking the oppressed and praising with forced smile the most despicable acts, we are under martial law.*

As expected, the first day of implementation of the home quarantine passes caused logjams at checkpoints and horrific delays to…

CLASSROOM CLASSICS:Epilogue to an Outbreak

In the final analysis, heads of States and leaders of conglomerates at the forefront of the pandemic will be remembered either fondly or furiously by their constituents and employees or partners…