Murcia’s aspirations for a modern slaughterhouse move closer to fruition, as the Lim family of Bacolod City recently donated a 6,763 square meters lot in Brgy. Alegria as site for the town’s new abattoir and evacuation center.

“Murcia is blessed to be the recipient of this generosity of the Lim family, a family with a big heart who are philantropists, investors and stakeholders in Murcia,” said Murcia Mayor Victor Gerardo M. Rojas.

“We are being offered by the Philippine Rural Development Project a grant of up to P50 million, provided that we have a site for the slaughterhouse. Thanks to the generosity of Mr. Alvin Lim and his wife Jennifer, now we have the site, we can avail of the grant, and we can finally construct this much-needed new slaughterhouse,” Rojas added.
Jennifer C. Lim disclosed that lot is owned by her father, who passed away in 2018.

“We are very happy to share our blessings. This will be a welcome development for Murcia, so that the town can be more progressive in the future. We are very much honored to be part of that progress,” Lim said.

The town is hard-pressed to allocate P50 million for an “AA” slaughterhouse, with cold storage.
Murcia is applying for a grant of P48 million. With the grant, Murcia can now construct the project, with the town’s counterpart at only P4.8 million, representing only 10% of the P48 million construction cost.

“In behalf of the Municipality of Murcia, our officials and all Murciahanons, we thank you from the bottom of our hearts. We will take care of this property, we will develop it and we will make sure that this project comes to fruition. We will also develop the road leading to the site,” Mayor Rojas assured the Lim couple and all Murciahanons.
Vice-Mayor Johnny Reosura pointed out that this is a momentous and valuable day for Murciahanons. “I will never get tired of thanking the Lim family for their generosity, and I will also share and announce this generosity to the next generation,” Reosura added.

Councilor Carlito Yu, Jr., chair of the Committee on Tax and Revenue Measures, was overwhelmed with happiness. “For several years, Murcia badly needed a new slaughterhouse. However, our town officials faced many difficulties in finding a suitable site. The Lim family’s generosity is the answer to our prayers and the solution to our problem,” Councilor Yu said.
The soon-to-rise slaughterhouse is only one of the significant infrastructure projects undertaken under the administration of Mayor Rojas. A public consultation was already conducted with stakeholders of the project.

Recently, the mayor and other town officials conducted a public consultation on the proposed municipal cemetery to be developed in Brgy. Caliban, because the town’s existing cemetery is already overcrowded.

“The SB building will house the SB Session Hall and individual offices for our Vice-Mayor and Councilors, while the MDRRMO building will serve as Emergency Operations Center and command center to monitor the almost 100 CCTV cameras which we will install in all the main and side streets of the poblacion area to watch over the safety and security of our constituents,” Mayor Rojas said.

He added that, aside from the Senior Citizens Office, the senior citizens building will house a museum for the town’s historical, artistic and cultural assets, and a library which will be fully air-conditioned and equipped with 20 computers units with free Wifi signal for use by Murciahanon learners.
The public plaza, which is the window to the town and provides visitors with their first impression of Murcia, is also undergoing a major facelift thru beautification and renovation. 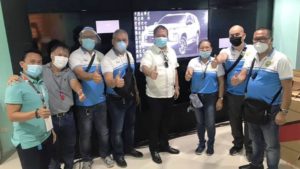 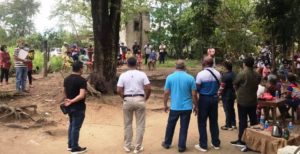 DPWH Se40cretary Mark Villar, the “chief isolation czar” of the National IATF, had announced that they are ramping up construction…

A Brief Look of What’s in The Front Page Today