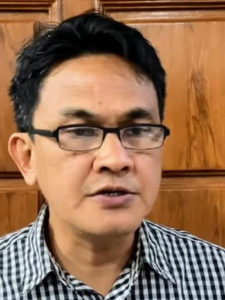 In an approved SP Resolution last August 25, 2021, Gamboa reminded that the Joint Venture Agreement entered into by BACIWA and Primewater Infrastructure Corp. (Primewater) aims to provide potable, reliable, and sustainable water supply and services to its consumers in the city.

BACIWA has entered into a 25-year joint venture agreement with the Villar-owned PrimeWater and the signing of the deal between the Chairman of Baciwa’s Board of Directors, Atty. Lorendo Dilag, and PrimeWater Vice President Romeo Sabater was announced in a press conference held at O Hotel in mid-July this year.

Dilag then was quoted that in the first five years, PrimeWater would pour in P1.6 billion for pipe laying and after that, it would invest P2 billion more for the installation of wells, delivery of more water supply, and employees’ compensation.

It is lamentable, however that contrary to what was promised in a press statement, the BACIWA- Primewater operation now is hounded by poor, dismal “black coffee-colored” water flowing out of faucets, inefficient “no water at all” scenario, prompting many to say that “situation got worst” under the present set-up.

Standing together with concerned citizens at the forefront of street protests, Gamboa, now in a resolution approved by SP urged for an accomplishment report from the management of BACIWA- PRIMEWATER based on the terms of reference as stated in the Joint Venture agreement… and is needed for transparency.* (PR)

Lone opposition Councilor Wilson Gamboa, Jr., over the weekend, lamented as “trapo-politik” in the way the Bacolod Sangguniang Panglunsod (SP)…

Mayor Evelio Leonardia has ordered that flags at the Bacolod City Government Center, Old City Hall, and Public Plaza be…