“A symbolic gesture, Pao being a resident of Brgy. Singcang-Airport. She chose to take her oath before her own barangay captain,” Atty. Distrito said.

President Rodrigo Duterte appointed Pao as replacement of her father who passed away.* 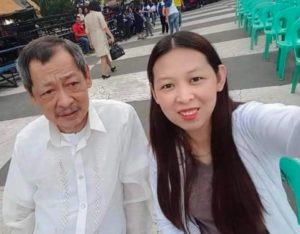 UBX Philippines and I Process now in Bacolod to enable banking, financing firms to expand services to rural, remote communities

B anks, financial and other institutions can now serve remote communities, and even offer expanded and additional financial services, by…

SYNOPSIS: As of 4:00 PM today, the Southwest Monsoon is affecting the western section of Northern Luzon. FORECAST: Western Visayas…

The One-Stop-Shop of the Valladolid Municipal Government is now open starting today, Jan. 10 until Jan. 28, 2022 at municipal…

SYNOPSIS: At 3:00 PM today, the center of Tropical Storm “JOLINA” (CONSON) was estimated based on all available data in…