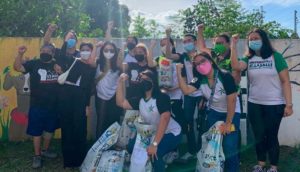 CARE, Community Animal Rescue Efforts is an SEC-Registered non-government animal welfare organization that has been established in October 2015 in Bacolod City and founded by Carol Khia. CARE’s main mission through education is to fight the ongoing stigma, and prejudice and to educate the community about the Animal Welfare Act. 8485 and City Ordinance 544, known as the Dog-Owners responsibility ordinance, the secondary mission of their organization is the Sunday Low-Cost Spay and Neuter Campaigns that reinforces the curb on the overpopulation of strays in the city that scheduling free spay, neuter campaigns, and seminars to the community. CARE rescues, rehabilitate, and rehome abused and abandoned animals, particularly dogs, and cats, to provide human care and treatment for animals that need protection. 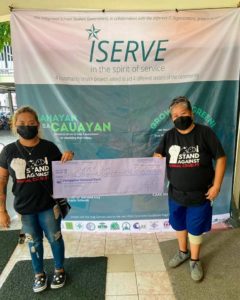 CARE has collaborated with the University of St. La Salle; Integrated School Student Government (ISSG) with their Project “Feed Furry Friends”, Donation Drive and CARE Inc. Animal Shelter Reach out, this project is part of IServe, in the Spirit of Service, which focuses on community service projects that have chosen CARE to be their beneficiary.

The Integrated School Student Government aims to share information about the student-based activities of the Integrated School. Whilst fulfilling the Lasallian core values, the ISSG aspires to lead, serve, and inspire the whole student body.

After a month-long collection for the IServe project, Feed Furry Friends has proudly raised a total of Php 40,864.98 from Pre-K to Grade 6, Grade 7, and Grade 10 Students. An organized Advocacy Talk and Orientation with Lowella Sanicas, Public Relations Officer, Mary Grace Gonzales an Independent Animal Welfare Advocate happened on March 31, 2022, and donation turnover ceremony together with Helen Costo the Shelter Manager of CARE Inc. on April 1, 2022, followed by a shelter visit to conduct a feeding activity for rescues at Purok Paraiso, Barangay Paglaum, Bacolod City. The shelter is a 1,500 square meter lot, which shelters 40 dogs and 30 cat rescues.

The non-government organization maintains the shelter, food supplies, and medical maintenance of the rescues through voluntary donation; they have donated as well dog food, cat food, dog kennel, and animal toys.

Through this project, the ISSG, along with the partner organizations aim to achieve is to educate public awareness on animal welfare and promote responsible pet ownership to prevent or cease the increasing number of animal abuse to assist CARE Inc. in its pursuit of upholding animal advocacy to move the IS student body to commune as one in the shared mission to be of service to the community.

The ISSG Future Plans for Animal Welfare programs or event participation aims to include CARE Inc. in programs and activities for civic involvement in the next school year, anticipating a more active engagement between the school and the non-government organization.

Spreading Education and awareness is very crucial in fighting our ongoing battle against stigma about animal welfare especially strays. It is crucial for our future generation and the importance of instilling, molding kindness, and civil responsibility in our future generation’s minds and lives to become better, involved, compassionate human beings and productive members of our community that would build a better society.

CAREs main mission is through education to fight the on-going stigma and prejudice. Educating the Community about the Animal Welfare Act. 8485 and City Ordinance 544, known as Dog-Owners responsibility ordinance.* 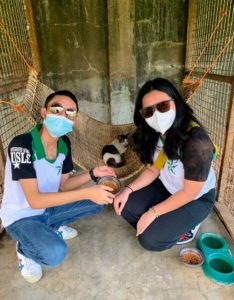 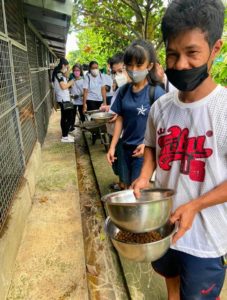 Brig. Gen. Flynn E. Dongbo took over the helm as the new director of the Police Regional Office in Western…

The officers of the Philippine Councilors League (PCL) – Negros Occidental Federation, led by its president, Board Member Ryan Gamboa,…

UBX Philippines and I Process now in Bacolod to enable banking, financing firms to expand services to rural, remote communities

B anks, financial and other institutions can now serve remote communities, and even offer expanded and additional financial services, by…