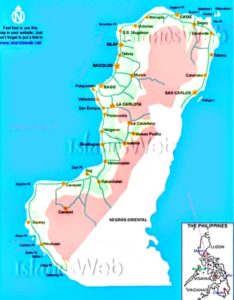 Ferrer said that during the 2016 vice presidential race, Robredo was ahead of Marcos by 571,000 votes in both the province and the city.

However, in the May 2022 polls, Marcos narrowed the gap and was behind Robredo by only more than 35,000 votes.

“For us, it’s a big victory. Meaning, this is not a pink country. I would like to congratulate the mayors. With this one, the mayors just made the effort to support their candidates,” Ferrer told reporters.

In Negros Occidental, 28 out of the 31 town and city mayors as well as Bacolod City mayor-elect Alfredo Benitez have expressed support to the UniTeam of Marcos and Davao City Mayor Sara Duterte.

Former Murcia town mayor Esteban Coscolluela, spokesman for Marcos in Negros Occidental, credited the mayors and the volunteers who supported the presumptive president for the turnaround.

Meanwhile, Duterte won both in the province and the city, garnering 475,854 votes in Negros Occidental and 120,394 votes in Bacolod.

HIDILYN DIAZ AT THE CAPITOL

Drug enforcement teams of the Bacolod City Police Office (BCPO) recovered around P3.39 million worth of suspected shabu from three…