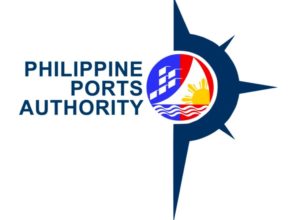 The Philippine Ports Authority (PPA) sees brighter economic prospects in Negros Occidental with the recent privatization of the government’s Pulupandan port in the southern part of the province.
On May 2, the PPA turned over the port management to Globalport Terminals Inc. under a 15-year concession agreement with a contract price of P527 million.

Nelson Caabay Jr., acting port manager of the Port Management Office for Negros Occidental/Bacolod/Banago Bredco, said on Tuesday the 12-hectare wharf, which used to be the province’s premiere port, had become a “white elephant” in the past several years since no vessels were docking in the area.

“We are very positive that with Globalport taking over the management, it will bring back the glory days of Pulupandan,” Caabay said in an interview over the Provincial Capitol’s Radyo Negrense.

Globalport will take charge of the management of cargo handling, roll-on, roll-off, and other port-related services.

“We will collect (a fee from them) every year for using the port. The PPA entrusted the Pulupandan port to them to market it. Within a week, they had two port calls,” Caabay said.

He added that the first to benefit from the operations under new management will be the local government unit since the port’s presence will spur economic activities in the community.

Caabay said the PPA seeks to privatize some government-owned ports and the one in Pulupandan is the first in the province to be managed by a private contractor.

In Negros Occidental, the PPA’s base port is located in Barangay Banago in Bacolod City, and has terminal management offices in Pulupandan and Hinoba-an towns in the south and the cities of San Carlos and Escalante in the north.* (Nanette Guadalquiver)

A young couple, former fighters of the Communist Party of the Philippines-New People’s Army (CPP-NPA) based in Hinoba-an, Negros Occidental,…