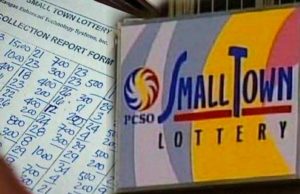 Atty. Renoir Baldovino, NBI-Bacolod agent-in-charge, identified the suspects as Reynne Magbanua Lopez and Arjens Arro Esbida, who were nabbed yesterday, Friday in the vicinity of the Libertad Public Market.

Recovered from the suspects were assorted illegal gambling paraphernalia and P1,500 in cash bets.

“We received reports that the two were operating. When we verified with the PCSO national office they do not have any franchise… They are not legitimate operators,” Baldovino told newsmen, adding that the two were even offering bigger cash for bets, but they don’t have any obligation to the government as they don’t pay anything to the PCSO.

“They have a financier. They are part of a bigger illegal gambling syndicate operating in Negros,” Baldovino said.

“We will still conduct deeper investigations as to who are behind them,” he also said, adding that their initial investigation showed that they are even operating outside Bacolod.

There are reports that the illegal gambling outfit has a codename of “Viking.”

They are currently detained at the NBI detention facility, he said.

They are facing charges for violating Republic Act 9287 or the law that amends PD 1602 which imposes penalty to any person taking part in all forms of illegal gambling by exclusively increasing the penalties on jueteng, masiao and last two while leaving other enumerated illegal ganibling activities with the same degree of penalties.* (EYA/APT)

SYNOPSIS: At 3:00 AM today, the center of Tropical Depression “LANNIE” was estimated based on all available data at 575…

If there’s a story that proves true love develops, stands the passing and test of time, it’s this one. It…

Eunice Jimenez-Mittal, born and raised in Bacolod City, and currently in Connecticut, USA, is set to compete for the World…