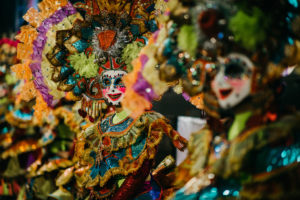 Despite the drizzle, thousands trooped to the Bacolod City Government Center to join the countdown for the official start of the 43rd MassKara Festival.

Police Col. Thomas Martir pegged the crowd at the MassKara Kick-off Salubong late last Sept. 30 at 20,000, many of whom stayed for the countdown at midnight which was capped by a spectacular 8-minute fireworks display.

“This is what we have been preparing for, to give you the biggest and grandest MassKara Festival” Bacolod Mayor Albee Benitez told the crowd.

Accompanied by Bacolod Rep. Greg Gasataya and the city councilors, Benitez enjoined the crowd to “see what we have to offer in the next three weeks. We have prepared a lot of exciting programs and I hope you will enjoy this festival.”

Gasataya dubbed this year’s festival as “super MassKara,” and now, “the smiles are back in this city.”
Rock star Rico Blanco, together with other local entertainers and the contestants of the Miss Bacolod MassKara kept the crowd going till midnight for the countdown.

Festival Director Pinky Ocampo said this is “just a preview of what the people can expect in the succeeding weeks and we promise to keep the momentum going and making it even grander during the MassKara highlights on October 21-23.”

The following day, the PNP said over 2,000 participated in the 1st MassKara Bike Fun Ride with Councilor Jason Villarosa and EB Magalona Mayor Marvin Malacon spotted among the participants.

Gift prizes were given to riders who joined in MassKara costumes while grand winner in the raffle draw was Pamela Gargar who went home with a Trek Mountain Bike.

Sunday night, Martir said the crowd at the Pagcor Night concert at the Bacolod Public Plaza was pegged at 4,000 amidst the rain.

Ocampo also announced that their request for a “signal shutdown” during the streetdance competition and the Electric MassKara was approved by the National Telecommunications Commission.

“This is customary during big events, especially since we are expecting no less than President Ferdinand Marcos, Jr. to grace our main event,” Ocampo said. She clarified however that the “shutdown” will only be limited to performances areas such as the major dance routes and the Festival Arena at the Paglaum Stadium.* (PPR/ndb/Photos by Bacolod City Information Office and Balik Yuhum Foundation) 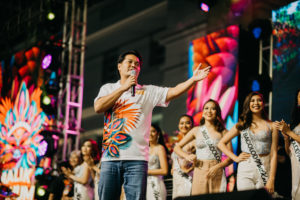 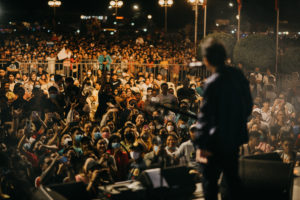 Something new to see this summer at Annabelle’s Secret Garden, located at Barangay Talaban in Himamaylan City, Negros Occidental just…

The Emergency Operations Center-Task Force (EOC-TF) is encouraging hotels, restaurants, and other business establishments in Bacolod City to offer incentives…

A Glimpse of Hope: Looking for Ilonggo Bibles

MURCIA, Negros Occidental – Let us pause and take a break from all the bad news we’ve read and seen…

36K Bacolodnons with no birth certificate to be registered