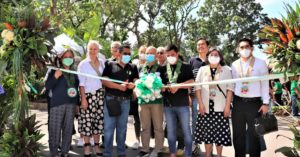 Negros Occidental’s provincial government is eyeing to go mainstream with its organic agriculture as it continues its advocacy with the staging of the 15th Negros Island Organic Farmers’ Festival starting yesterday, Nov. 23.

The four-day event, which came back after a two-year pause due to the coronavirus disease 2019 (Covid-19) pandemic, highlights the province’s efforts towards “food safety and brighter market opportunity” through the practice of organic farming.

Provincial Agriculturist Edmundo Raul Causing said organic produce is occupying a niche in the agriculture market and is seen to eventually go mainstream.

“We are looking at going mainstream with the Department of Agriculture. They have a suggestion when they visited the governor (Eugenio Jose Lacson) that they will establish organic hubs,” Causing told reporters on the sidelines of the festival opening at the Provincial Capitol grounds in Bacolod.

He said the province, through the Office of the Provincial Agriculturist, continues to provide training to support organic farmers.

“Certain realizations came after the pandemic. People are willing to pay a premium for food,” he added.

Negros Occidental is considered the “organic agriculture capital of the Philippines” for being the country’s leader in organic production, with thousands of hectares of agricultural land, including livestock, devoted to organic farming.

Yesterday afternoon, seminars were held to discuss the salient points of Republic Act (RA) 11511, an Act Amending RA 10068, or the Organic Agriculture Act of 2010.

Under RA 11511, which was approved on Dec. 23, 2020, the certification of organic produce by farmers and fishermen has become more accessible and affordable.

Also discussed was the Participatory Guarantee System or PGS, which has been established under the new law as the locally focused quality assurance system that is developed and practiced by people engaged in organic agriculture.

Other seminars include the Slow Food Earth Market and Cooks Alliance Workshop; Sustainable Seafood in Negros; Organic Agriculture Practices on Climate Change Mitigation; Women and Youth in Organic Forum; Water and Soil Conservation Strategies; How to Make a Million in Organic Rice Farming: A Farmer’s Experience; Organic Food for Health and Wellness; and Organic Coffee Production, Processing, and Marketing. 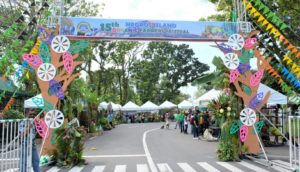 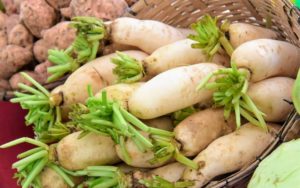 While not totally opposing it, Governor Eugenio Jose Lacson raised questions on the proposal to create two sub-regions for Negros…

FISHING INDUSTRY OF SIPALAY TRIES TO RECOVER AFTER THE TYPHOON

The fishing industry of the city of Sipalay is now trying to recover from the destruction wrought by Typhoon Odette,…